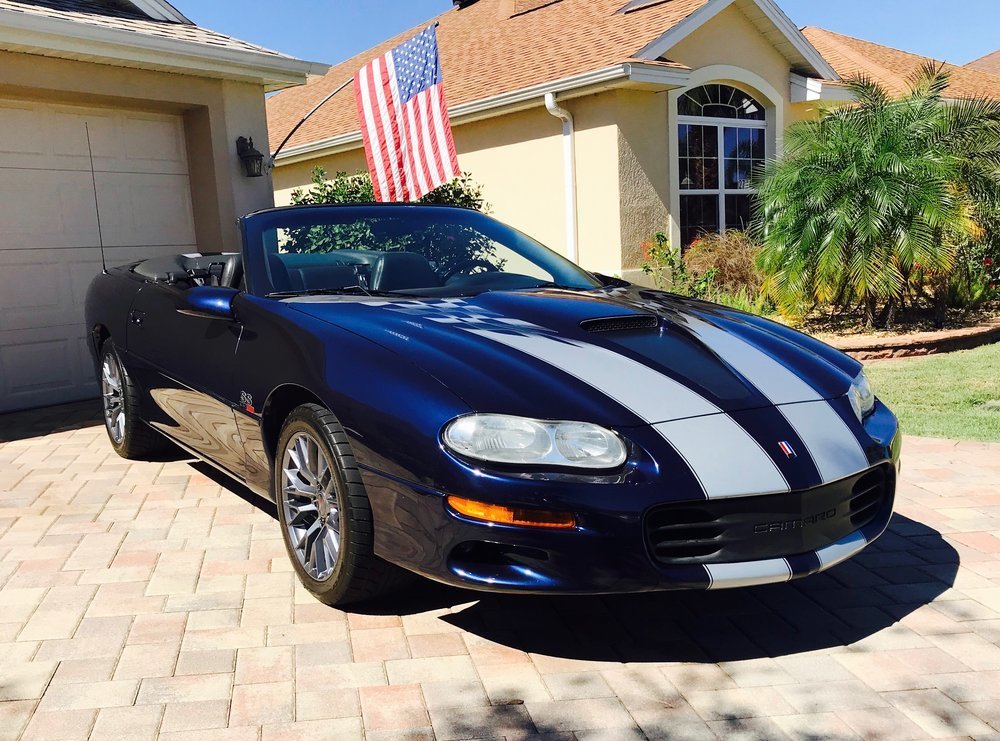 The fourth-generation Camaro debuted in 1993 on an updated F-body platform. It retained the same characteristics since its introduction in 1967, a coupe body style with 2+2 seating (with an optional T-top roof) or convertible (reintroduced in 1994), rear-wheel drive, pushrod 6-cylinder and V8 engines.

The 2002 Camaro SS we here at Carlynns Clean Classics is decked out in Blue paint with wide racy stripes and special badging, but in true Camaro tradition, the most memorable parts are under the hood. With forced air induction, the 5.7-liter LS1 V8 pumps out 325 horsepower and 340 pound-feet of torque.

A fully-equipped Chevy Camaro SS costs new over $30,000. This one has too many options to list but includes the convertible top, automatic, all power options, mag wheels, performance tires, audio entertainment system, and much more.

Chances are you won't find one of these special Camaros for sale anywhere, but we have one at Carlynns Clean Classics. Come see it…..you will buy it.

You May Be Interested In
2012 Chevrolet
Colorado
$6,650
Speed Digital