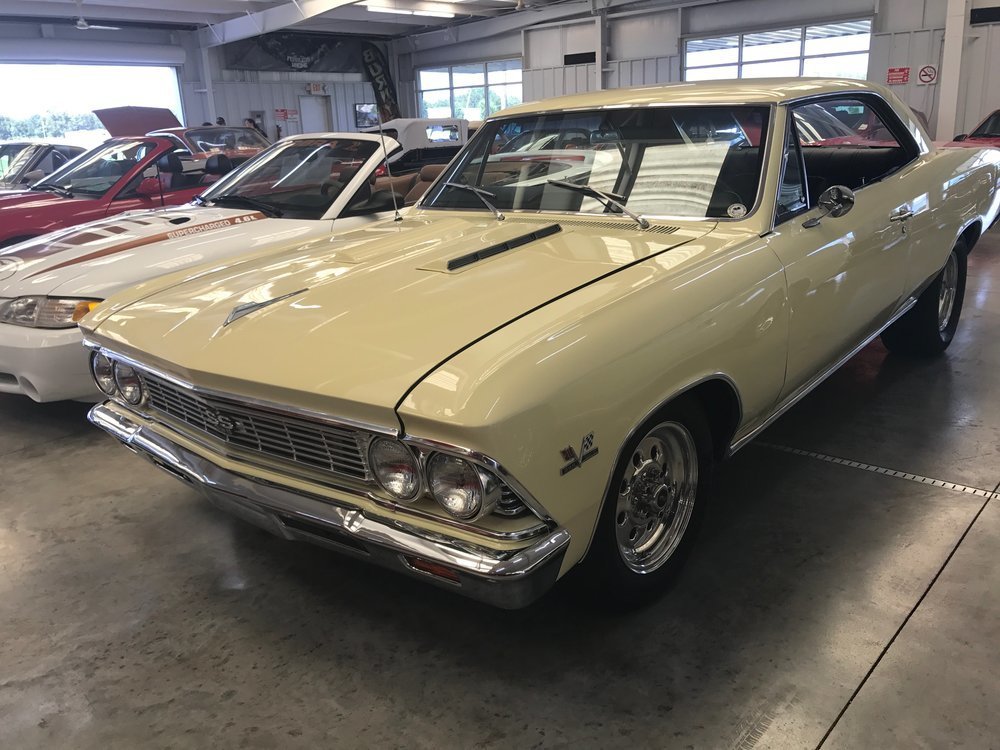 The Chevy Malibu we have at Carlynn Clean Classics is painted in beautiful Butternut Yellow with a slick black interior. It has been fully restored from top to bottom with a frame off restoration and also has been modified with performance parts galore added to make it a definite presence on the street or drag strip.

The restoration was done in 2008 and is documented thru the complete process with pictures and receipts. According to the trim tag the Malibu was original built the fifth week of June in 1965 as a 1966 model. It was a Malibu Sport Coupe they built at Atlanta and came from that factory painted Marina Blue with a blue interior. It has since been badged as a SS 396 car with the addition of the Big Block Chevy. The E on the options line stands for Tinted glass, K for Air Conditioning, M stands for Powerglide Transmission, and G for center console.

Take a look at the pictures and you will see that it has a big block Chevy bored 30 over to 496 cubic inches, Holley Carbs, MSD Ignition, Aluminum Intake, Flowmaster Exhaust, and more. The power gets pumped thru an automatic transmission that is shifted by a B&M shifter inside the center console.

The black bucket seat interior is great with competition belts in the front and stock ones in the year, Autometer gauges, Ididit Tilt steering, Air Conditioning, toggle switches, tachometer, and on and on! The Malibu rides on Weld Racing Wheels, suspension upgrades, front disc brakes with rear drum brakes, and Hoosier tires.

This is a beautiful Chevy Malibu and you will be hard pressed to find a better one in the entire country but we have one at Carlynn Clean Classics. Come see it and drive it home…quickly.

You May Be Interested In
2012 Chevrolet
Colorado
$6,650
Speed Digital