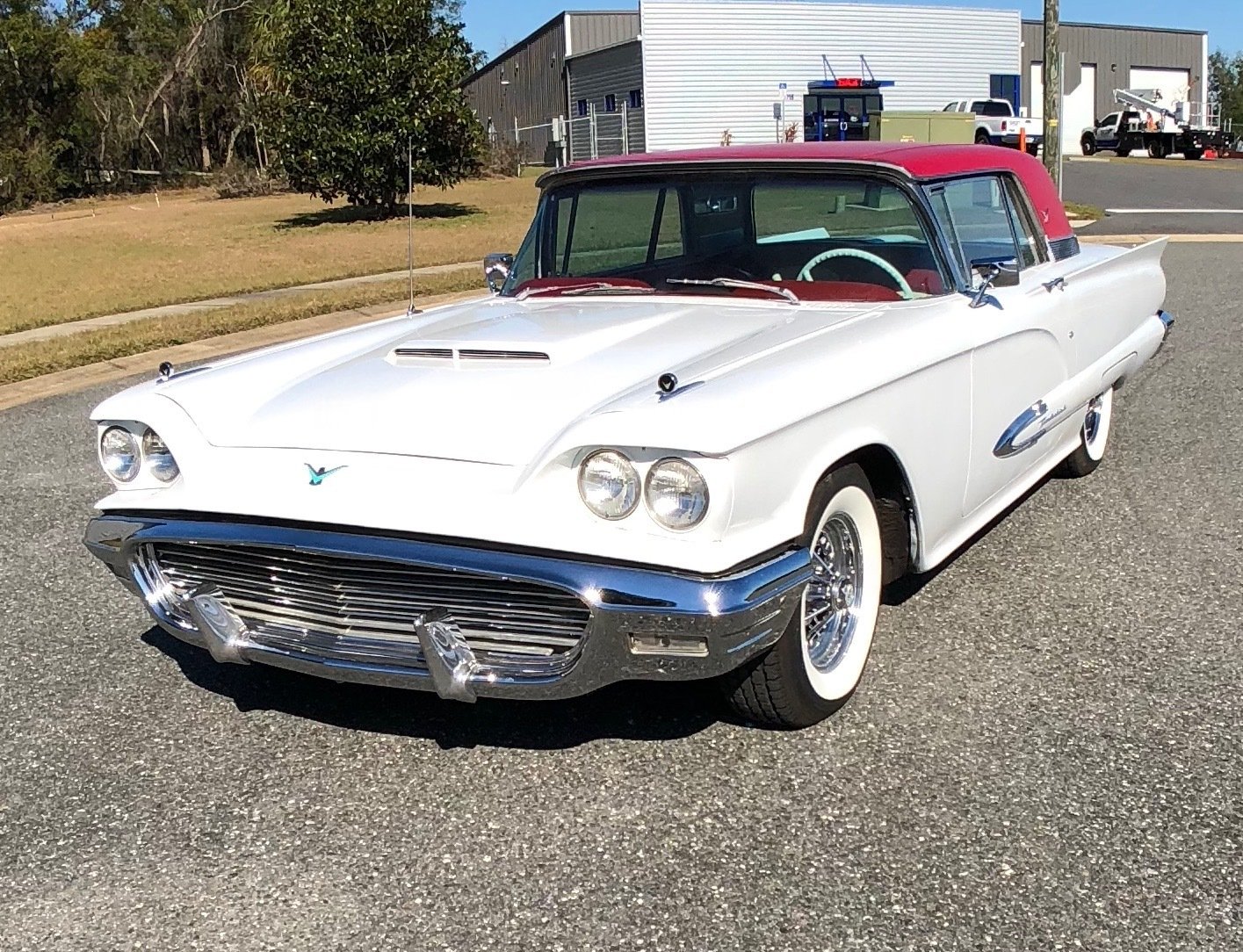 The Ford Thunderbird is a rear wheel drive automobile which was manufactured by Ford in the United States over eleven model generations from 1955 through 2005. The Thunderbird created a market niche that eventually became known as the personal luxury car.

Although the 1955-57 Thunderbird was a success, Ford executives, particularly Robert McNamara, were concerned that the car's position as a two-seater limited its sales potential. As a result, the car was redesigned as a four-seater for 1958.
The new Thunderbird began a sales momentum previously unseen with the car, selling 200,000 units in three years, four times the result of the two seat model. This success spawned a new market segment, the personal luxury car. It was the first individual model line to earn Motor Trend "Car of the Year" honors.

It was offered in both hardtop and convertible body styles, although the latter was not introduced until June 1958, five months after the release of the hardtop. The new Thunderbird was considerably larger than the previous generation, with a longer 113.0 inches wheelbase to accommodate the new back seat.

Along with a new, more rigid unibody construction was new styling, including quad headlights, more prominent tailfins, a bolder chrome grille, and a larger, though non-functional, hood scoop. For 1959, the car received a new grille and a new 390 cu in V8 with a 3-speed automatic transmission.

This T Bird at Carlynn Clean Classics is painted in an eye-catching White with a padded Red Vinyl Top and a stunning red and white interior. The body has great chrome and trim as well as rear fender skirts. The interior trim is nice with the two-tone red and white leather seats, power driver's seat, white steering wheel, ice-cold air conditioning, console, gauges, chrome dash, and red Ford floor mats.

Even the trunk is restored and has a new trunk mat, spare tire, and more.

The car rides on wide whitewall tires and Cragar wire wheels and is really a car everyone looks at and wants to see it up close. You need to really look at the pictures or come see this T Bird in person at www.carlynnscleanclassics.com.